Nowadays social media is an important part of our life. In the morning we check the Facebook news, check new tweets, admire new Instagram pictures. From Pinterest we look up new ideas for kitchen renovation. This all we can do before eating the breakfast and it’s great. But like in all things there is also the dark side in the social media.

Like I wrote in my last blog Foreigners and sexual harassment social media has power. Without Twitter and Facebook we would have read about these incidents next day and in the evening news there would have been a report from Cologne. However now we were able to read online news from twitter and Facebook posts. The message was stronger, because there were normal persons that wrote about these incidents, some of them were victims. Afterwards newspapers started to publish news and articles about refugees, Muslims, Islam etc. Suddenly we didn’t know what to believe – how could a reader know what the truth was. Also journalists have their opinions and it is almost impossible to be totally objective. The problem is that sometimes, especially yellow papers, publish news without checking the facts and even if the news are denied later the harm is already done, because probably somebody has already made a tweet and posted on Facebook and suddenly thousands or millions persons have read the news. Sadly usually nobody posts the correction to a distorted news.

An other sad phenomenon is the bullism. I believe that bullism exists in every country and culture. As a mother of two teens I am especially concerned about bullism at schools. Just a couple of days ago a 12-year old girl here in Italy tried to make a suicide, because she had been bullied at school. In this case I haven’t read that any social media was directly used, telephone yes. Unfortunately there are cases that social media is used as a mean of bullism. Researchers call this phenomenon cyberbullying. The cyberbullying is not only a teen phenomenon, as an active Facebook user I have heard about persons that bully other adult persons and for some more sensitive persons this can be very disturbing and scary. A young teen, still in the search of the inner self is extremely vulnerable to cyberbullying. It is enough that one person posts a lie and other friends see it and suddenly the victim is bombarded with hate messages. Or on Instagram young girls post rather courageous pictures. Then others start to insult the picture, this can destroy totally the self esteem.

On the other hand social media can save lives. There have been posts that somewhere is needed some rare type of blood and after posting it on to Facebook a suitable donator has been found. By Twitter people can get a warning in real time about a danger, like a warning about a shooting or robbery or hurricane. The social media gives power, but we have to know how to use it.

“The power to question is the basis of all human progress.”
Indira Gandhi

I saw the following article at LinkedIn: https://www.convertwithcontent.com/2015-goals-blog-daily-social/ So I started to wonder how often I should write a blog. I wrote my first blog in September 2014 and after that, I have written altogether 10 blogs, this is the blog number 11. I find it quite challenging to post a blog every day. Do I have something to write every day? Do my readers want to read my thoughts 365 times during a year?

I follow some bloggers that write even several times a day. Some of the posts are interesting, but many are just trash. Even bloggers should respect their readers and publish a blog when they really have something to say. We all have better things to do than read a blog or even just notice the mail of it that does not contain anything worth reading. Therefore, I will not promise to write a blog every day this year, but I will promise to write a new blog a couple of times a week.

The same thing applies to other social media platforms. 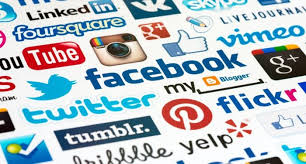 There are persons that publish every day something on Instagram and then especially teens are keen to post selfies. Facebook is another good example. There are persons that post everything like “Now I drink my morning coffee”, “Now I sit in the train”, “Now I bought a newspaper” (and then they will probably post pictures of their coffee mug, train and newspaper on Instagram). I think that even if we want to be social all the time, we should not forget that rarely other persons are interested in knowing what we do all the daylong. Social media should be used with moderation. It is like a good wine, when used with moderation it is good, but in excess, it becomes hazardous.