My daughter started at “Lyceum” (like a high school, but lasts 5 years). In July, I went to school to fill all the papers. Then I had a small thing to correct right away. In February, we made the pre-enrollment to this school online. We answered all the questions and happily pressed the Send button. Then on the screen appeared all the information we had filled (without possibility to change). For some mysterious reason my citizenship was Haitian, the rest of the family had Finnish. Therefore, when I went to school I asked them to change my citizenship to Finnish. Even though it crossed my mind that in case of any problems at school I could have threatened with voodoo with a doll full of needles in my hand. However, because my daughter was scared that I actually could do something like that I promised to reveal my real citizenship to the school.

The first thing that shocked me in July at school was that the school asked “the voluntary contribution” of 150€ from parents. My poor friend that was with me and has twins had to pay 250€. In theory in Italy, public schools are free and because my daughter is now 14, she has still a couple of years of compulsory education. In the previous school of my daughter parents paid 30€ of voluntary contribution to the school. I find this a bit unfair that I have to pay these 150€, because already I have spent over 200€ for my daughter’s schoolbooks, yesterday I bought art material to her with about 50€. The school doesn’t give any material; families pay everything starting from test papers.

All the schools blame that they are without any money and therefore they ask this voluntary contribution. I will ask in the first meeting (if there will be such a thing) that if they have so little money why they can’t start having a 5-day week at school and let students stay at home on Saturday. For example, my daughter has 27 hours in a week and now it is divided in 6 days. So far, we have been lucky to find schools that don’t have Saturdays, but now there were no alternatives. My point is that closing the school on Saturday they would save in electricity and heating costs for example. There would be less cars going around on Saturday that means less pollution. Nevertheless, I have my doubts that this will happen. I know some mothers think that it would be too exhausting to stay at school for example 6 hours and after that home works. I always argue that with Saturday at school and then home works and maybe an exam on Monday, students don’t have necessarily any holiday in a whole week. Am I rebel as my daughter says? 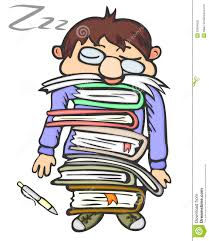 Before the school started, we spent a day at Gardaland. One thing made me angry and it was the express pass. Paying extra, you can go past the queues. Normally if I go to hotel, I pay for room and if I want extra services I pay for them, but they don’t deteriorate the service for the other clients. The express pass instead deteriorates service to people that have paid the normal entrance fee, because now they have to wait longer, because express types go past. I don’t find this fair, why I get worse service if somebody pays for extra service. Already the prices to amusements parks are generally quite high and now without paying extra you get even worse service. 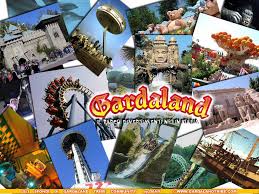 In the end of August, my husband and I went to Ischia for a couple of days to celebrate my brother’s birthday. When we were approaching the airport of Naples, I looked at the Vesuvius and then Naples in the shadow of this volcano. So beautiful and so risky, because Vesuvius is alive, but it never erupts, it collects everything inside and then one day it will burst out all lava and bury Naples. Like it did to Pompeii.

The airport was very clean and modern. Much more modern than the old Malpensa terminal where we left. I was positively surprised; you know Naples has its reputation. Naturally, there were no signs for airport bus that would take us to the port of Naples, but we asked one employee in the parking and he told us where to go. During the ride to the port, we passed some zones where the streets were full of trash. It looked like people threw the trash without thinking. It is a pity because Naples is a beautiful city. Then in the center it was all clean and no trashes. So finally, we found the port and “aliscafo” to Ischia. While waiting the boarding we sat in a small bar. There were two waiters and they worked so slowly that I could not believe it. They took one glass and took it away, got back and took another glass etc.

Ischia is beautiful and expensive. We had such a nice time there. One taxi without asking drove around the island and still he took only the sum we had agreed earlier. He wanted us to see the most picturesque places. One evening we sang “O sole mio” at cantina with the owner of the restaurant. People are much warmer and more easy-going there than here in Northern Italy. There is warmth and friendliness that I’m not used to here in North. Then the language – it sounds so funny when they speak due their accent. Here at Lombardy, the accent is rather weak and there instead it is very strong.

Before we took the flight back to Milan, of course we ate a pizza at Naples. We sat outside and had the opportunity to see the street life. There were two men that showed free parking places to the cars and naturally, you paid for them for this service. The police passed in the car, but didn’t care about this illegal activity. Everybody knows that all that business is in the hands of local mafia and these men are just the lowest level of the organization – so why bother because arresting them wouldn’t change anything. Pizza was good and watching illegal vendors and parking men was great. I mean Naples is a big city and everybody knows that mafia is powerful there. After pizza, we walked around and admired this beautiful city. Then finally, my dear husband decided to take an illegal taxi to the airport (I started to be worried). The driver was nice and spoke with so heavy accent that I had difficulties to understand. Nevertheless, we arrived happily to the airport and then home.

Southern Italy is just the opposite of Northern. All the statistics show that Northern Italy is the locomotive of Italy. Southern Italy gets poorer all the time and people keep on moving to North. Their language or let’s say dialect is so different from the language we speak here in Northern Italy. In addition, their attitude to life is much more relaxed. Unfortunately, mafia is present there – at Ischia, the taxi driver said that unfortunately Naples’s organized criminals come to Ischia in August. Here in North we have mafia, but it is more concentrated in business.

After this trip, I learned to admire even more the beauty of this country. On the other hand, I think that Milan and Naples are from the different country. I don’t think people at Milan feel much similarity with Neapolitans. However, I guess I’m one of those millions people that remain fascinated of Naples; there is something special in that city. Like Pino Daniele sings: